EMWF Book of the Month: The Betrayal of Anne Frank by Rosemary Sullivan 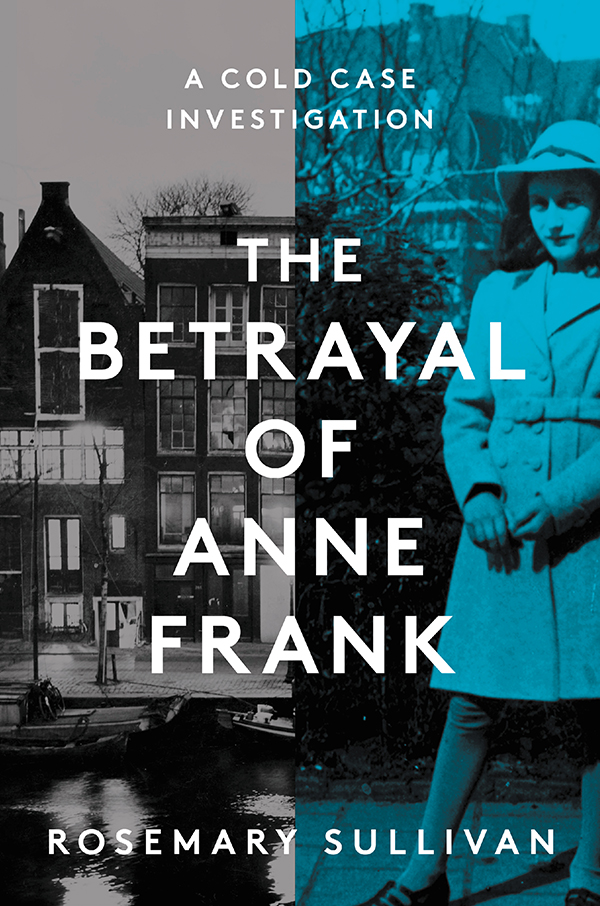 Warm up with our winter events!

Join us for our February Book of the Month event featuring award-winning author Rosemary Sullivan in conversation with host Deborah Dundas. This event includes closed captioning.

Funded by the Government of Ontario.

Following the event, join our friends at Guelph Public Library for a post-event book club discussion!

Using new technology, recently discovered documents and sophisticated investigative techniques, an international team—led by an obsessed retired FBI agent—has finally solved the mystery that has haunted generations since World War II: Who betrayed Anne Frank and her family? And why?

Over thirty million people have readThe Diary of a Young Girl, the journal teenaged Anne Frank kept during World War II. Anne, along with her family and four other people, lived in an attic in Amsterdam until the Nazis arrested them and sent them to a concentration camp. But despite the many works—journal articles, books, plays and novels—devoted to Anne’s story, none has ever conclusively explained how these eight people managed to live in hiding undetected for over two years—and who or what finally brought the Nazis to their door.

With painstaking care, retired FBI agent Vincent Pankoke and a team of indefatigable investigators pored over tens of thousands of pages of documents—some never before seen—and interviewed scores of descendants of people familiar with the Franks. Utilizing methods developed by the FBI, the cold case team painstakingly pieced together the months leading up to the infamous arrest and came to a shocking conclusion.

The Betrayal of Anne Frank: A Cold Case Investigation is the riveting story of this mission. Rosemary Sullivan introduces us to the investigators, explains the behaviour of both the captives and their captors, and profiles a group of suspects. All the while, she vividly brings to life wartime Amsterdam, a place where no matter how wealthy, educated or careful you were, you never knew whom you could trust.

Biographer and poet Rosemary Sullivan is a professor emeritus at the University of Toronto. Her 14 books include the critically acclaimed Villa Air-Bell: World War II, Escape and a House in Marseille and Labyrinth of Desire: Women, Passion and Romantic Obsession. Shadow Maker, her biography of Gwendolyn MacEwen, won the Governor General’s Award for Non-Fiction. She has been the recipient of Guggenheim, Trudeau, and Jackman Fellowships and was awarded the Lorne Pierce Medal by the Royal Society for her contributions to Literature and Culture. In 2012 she became an Officer of the Order of Canada.

Deborah Dundas is the Books Editor at the Toronto Star with a deep background in the media. Her background includes stints in business, lifestyle, and national and city politics, in television and in newspapers in Canada and while working and living in Northern Ireland. She’s reported, interviewed on air and for print, and produced shows on emerging artists, popular writers and literary powerhouses. She regularly appears on stage, television and radio and is deeply involved with the literary community, often acting as a juror or host.

Elora: Magic Pebble Books is our Elora bookselling partner for this event. Purchase online at magicpebble.ca or call 226-383-3855 for curbside pickup, local delivery or Canada-wide shipping.

Guelph: The Bookshelf is our Guelph bookselling partner for this event. Purchase online at bookshelf.ca or call 519-821-3311 x1 for curbside pickup, free local delivery or Canada-wide shipping.

Kitchener-Waterloo: Words Worth Books is our Kitchener-Waterloo bookselling partner for this event. Purchase online at wordsworthbooks.com or call 519-884-2665 for curbside pickup, local delivery or Canada-wide shipping.

Ottawa: Octopus Books is our Ottawa bookselling partner for this event. Purchase online at octopusbooks.ca or call 613-233-2589 for curbside pickup, local delivery or Canada-wide shipping.

Toronto: Another Story Bookshop is our Toronto bookselling partner for this event. Purchase online at anotherstory.ca or call 416-462-1104 for curbside pickup, local delivery or Canada-wide shipping.

Winnipeg: McNally Robinson Booksellers is our Winnipeg bookselling partner for this event. Purchase online at mcnallyrobinson.com or call 1-800-561-1833 for curbside pickup, local delivery or Canada-wide shipping.

Saskatoon: McNally Robinson Booksellers is our Saskatoon bookselling partner for this event. Purchase online at mcnallyrobinson.com or call 1-877-506-7456 for curbside pickup, local delivery or Canada-wide shipping.